It was an end of an era, well 3 years to be precise.

We’ve moved offices in the same building from 117 to 118 which was a long commute of 40ft! We were informed an office became available that was twice as big with a little kitchenette & Air-con... for less money per month so we jumped at the chance!

As COVID was in full force at the time we thought it was best for our same house occupant team members to come into the offices and move them around instead of 6 of us all being close together.

We managed to move everything into the new office in 1 day and then spent the next day getting everything all sanitised and organised and ready for the video call reveal to the other team members.

There’s lots of things we would like to buy for the new office, like new desks, a sofa area for relaxing and a little dining table for us to have our lunches at...but were in definite need of new chairs as you can only move side wards on them- were like little game developing crabs!

All this can be organised and bought once the full team is back in November time (hopefully when COVID-19 has improved), so no need to kit everything out just yet. As the new office has loads of floor length windows with wanted to give ourselves a little more privacy as I used to work in Visual Merchandising a few moons ago we thought it was a great idea to bring those talents back to life and frost the windows- we measured up and purchased some vinyl from Amazon. Were chuffed with the results as we’ve saved quite a few pennies doing it ourselves.

It’s amazing to have so much more space for activities and its also nice to know we have more space to expand the team if and when the time arises. We took a few photos of where it is now, can you spot the crazy cat person desk? 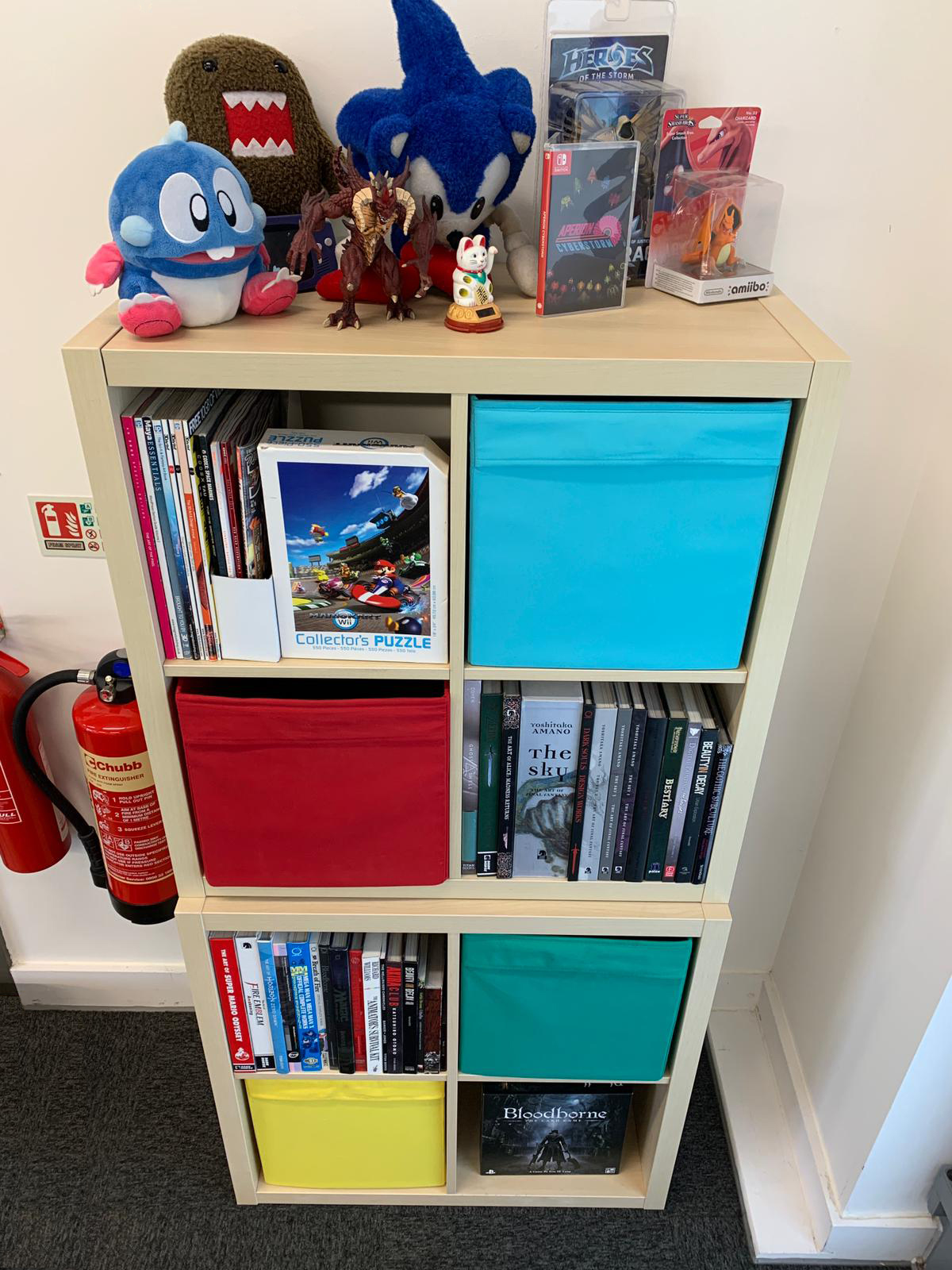 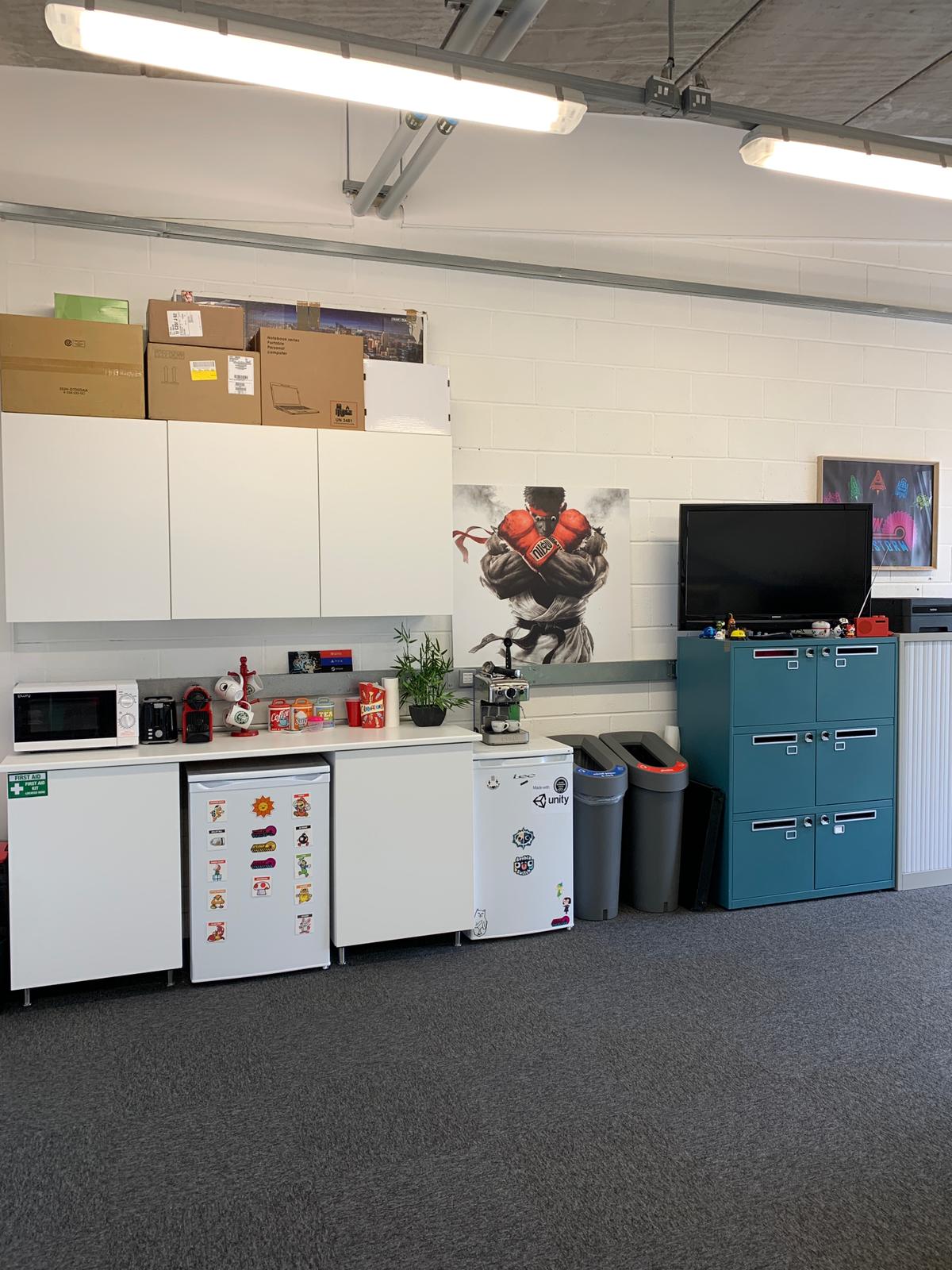 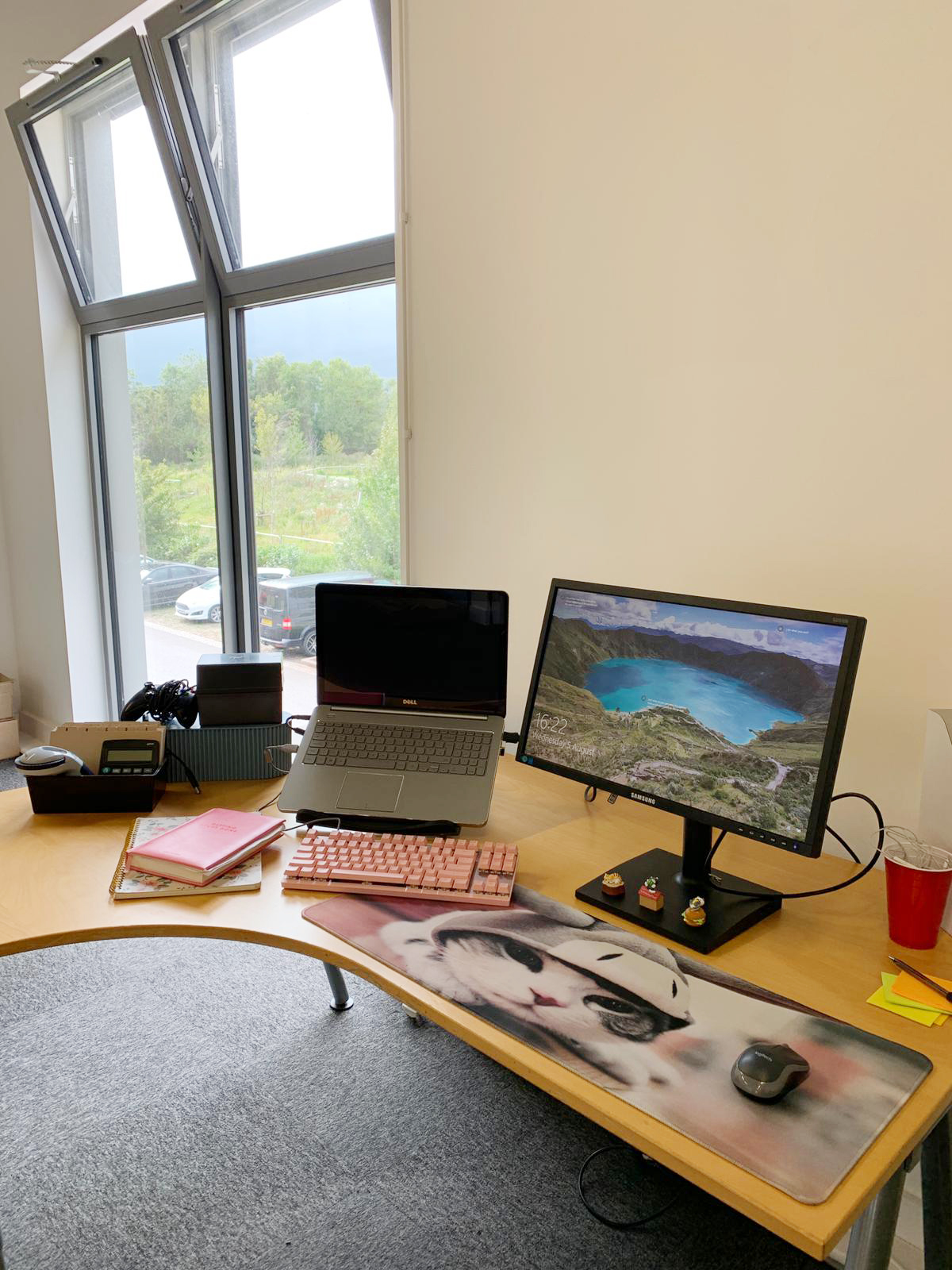 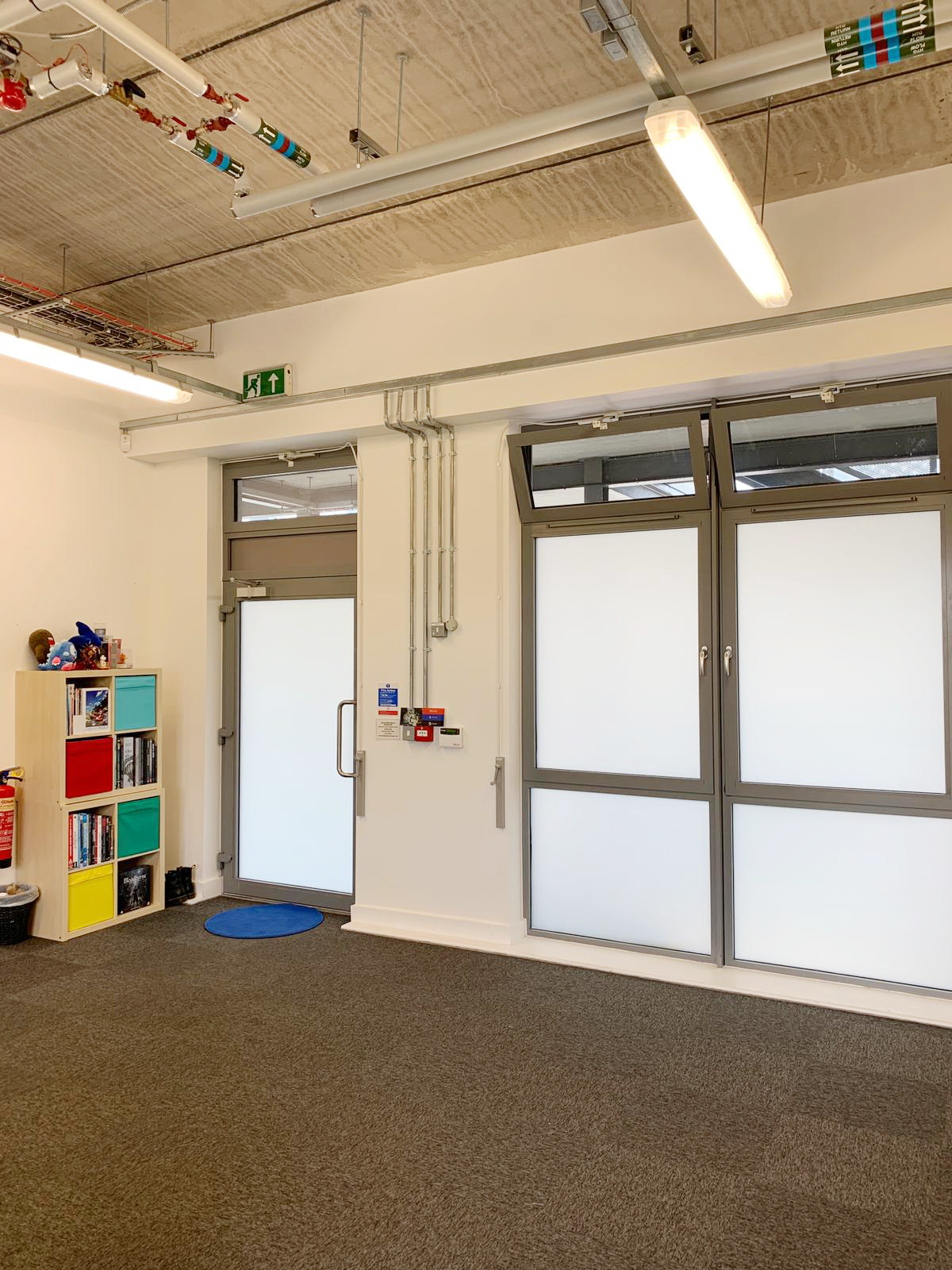